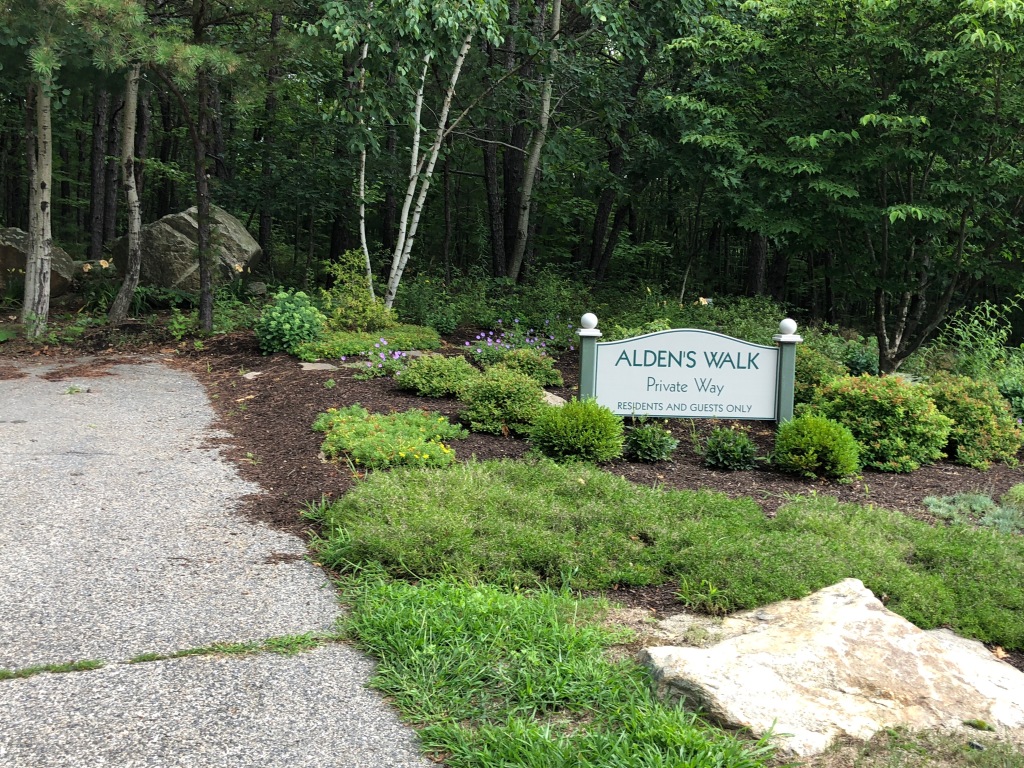 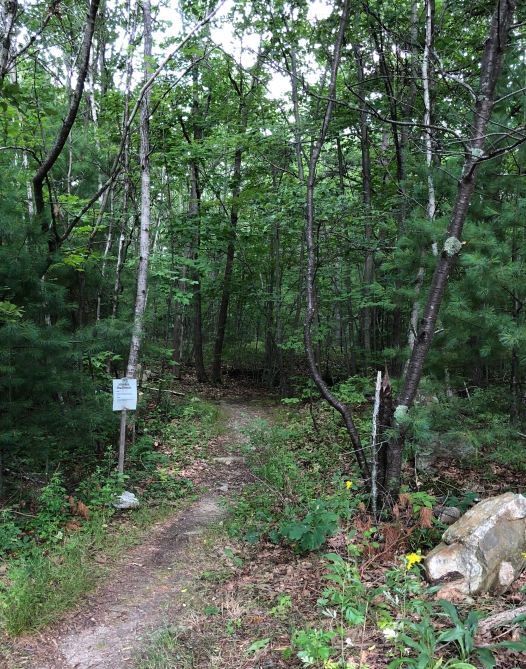 This is the path that goes into the forbidden woods. 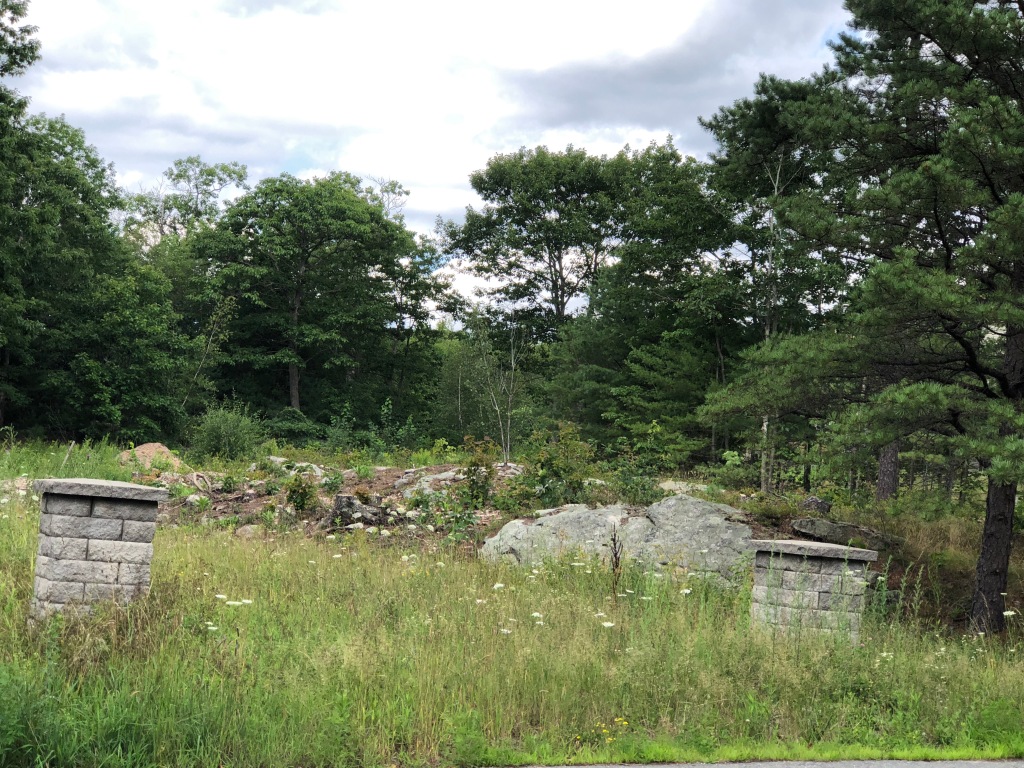 I wonder if there was a house here at some point — must have been, I guess, judging by the pillars left standing.

For years I’ve wondered where the two roads on either side of the old Rainbow Mall (now medical facilities and other offices — I think) went. But I never bothered to look. Today, trying to get myself moving, I randomly pointed to a spot on the map, and that’s where I walked. Rainbow Mall Road, a right turn onto Ledgewood Drive, and then down Pheasant Hill Drive to the mall.

I thought at first it wasn’t as interesting as I’d hoped — though I guess, in a different way, it was. What I saw was an expensive-looking neighborhood, with big houses and a couple of condo developments. At the end of Ledgewood Drive, there was an alluring pathway into the woods, but then I saw the sign: “Residents and Guests only.”

It brought to mind a verse of “This Land Is Your Land” that usually isn’t sung, one of the lesser-known verses that give the song a whole different tone than most people think.

“As I went walking I saw a sign there
And on the sign it said ‘No Trespassing.’
But on the other side it didn’t say nothing,
That side was made for you and me.”

I’m always trying to motivate myself to exercise — I’m not a person who just naturally loves it. I do enjoy walking, and over the past few years I’ve set goals for myself to get myself out there. Two years ago I set the goal of walking 16 Portland Trails sites. I walked and took pictures, and became enchanted with the woods, as I had when I was a kid. I posted my photos on Facebook, and that was part of the fun. I realized the vastness of the world that exists between and behind the streets of Portland — much of which is tucked away out of sight when you’re driving around doing the stuff of daily life . Now my curiosity is taking me to the streets, as well as the woods, to record the weird, beautiful, and fascinating sights there.

Someone suggested I start a blog, to help bolster my commitment to regular activity and to nurture my need for esthetic and spiritual fulfillment. The idea intrigued me, even though I think it could be a lot like talking to myself. So here I am. We’ll see what happens! I’m kind of baffled at the moment about how to get this set up.